Based on the book by Pema Chödrön 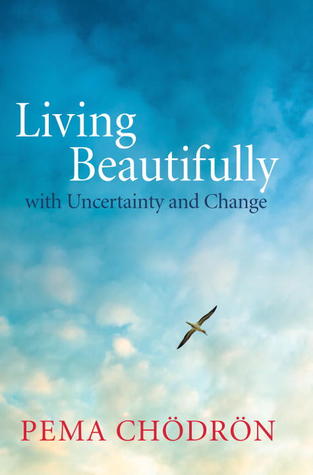 We live in difficult times with uncertainty.  Why shouldn’t we cling to familiar patterns and habits if they provide us some degree of certainty?  Because, as Pema Chodron teaches, that kind of fear-based clinging keeps us from the infinitely more satisfying experience of being completely alive.  The teachings presented in this course, known as the three commitments, which are based on the original teachings of the Buddha, provide a path to enter more fully into one’s life.

One often hears that one enters a meditation course to learn to relax.  Although relaxing is often one of the byproducts of Buddhist meditation, the true purpose is to be present in one’s life more fully, being present on the dot rather than being riveted about according to one’s hopes and fears.  It is about being open to whatever arises in one’s life.  It is only by fully living in the present that one can truly live one’s life.

This is not a religious course, but it is about working with techniques that will allow one to enter one’s life more fully.  Meditation is making friends with oneself and developing compassion towards others.

It is not in any way necessary to read Pema Chödrön’s book to take this course.  However, some participants may find reading her book useful way to support and enrich their experience while taking the course.  Copies of Pema Chödrön’s Living Beautifully with Uncertainty and Change are available at the Curious Iguana in downtown Frederick, MD for a 20% discount at this time.

Each week participants will have the opportunity to work with personally introducing a new commitment in their own life.  Meditation practice between classes is highly encouraged.  It is an easy practice —  just being  — but as in any practice, one has to practice to learn what one is doing.We do offer cushions and chairs as seating options.  Tea and water are also provided.

Week 1:  Introduction to the Three Commitments with Emphasis on The First Commitment:  Committing to Not Cause Harm

Week 2:  The Second Commitment:  Committing to Take Care of One Another

Week 3:  The Third Commitment:  Committing to Embrace the World Just As It Is

Week 4:  Review and Analysis of Working with the Three Commitments and Final Words 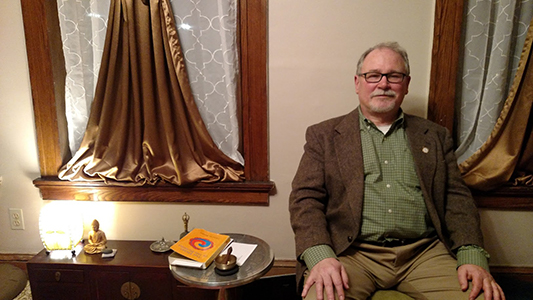 Jerry Webster presently serves as the Shastri, or head teacher, with the Shambhala Buddhist Meditation Center in Washington, D.C.  He began meditation with a ten full-day retreat in India with the Burmese teacher Goenka in 1974.  Since 1976, he has been a student of the Shambhala Buddhist tradition and he has taught in this tradition since 1977.  He obtained his PH.D. in Curriculum and Instruction from the University of Maryland.  He has taught numerous courses in literature for the University of Maryland and numerous courses in multiculturalism for Montgomery County Public Schools.  He has taught English full-time in public school systems for forty years, beginning with the Peace Corps in Afghanistan in 1973.  During the past two years, he has led three full-day week-long meditation weekthuns and numerous programs along the East Coast, including programs ongoing for Johns Hopkins University and the U.S. Peace Corps.